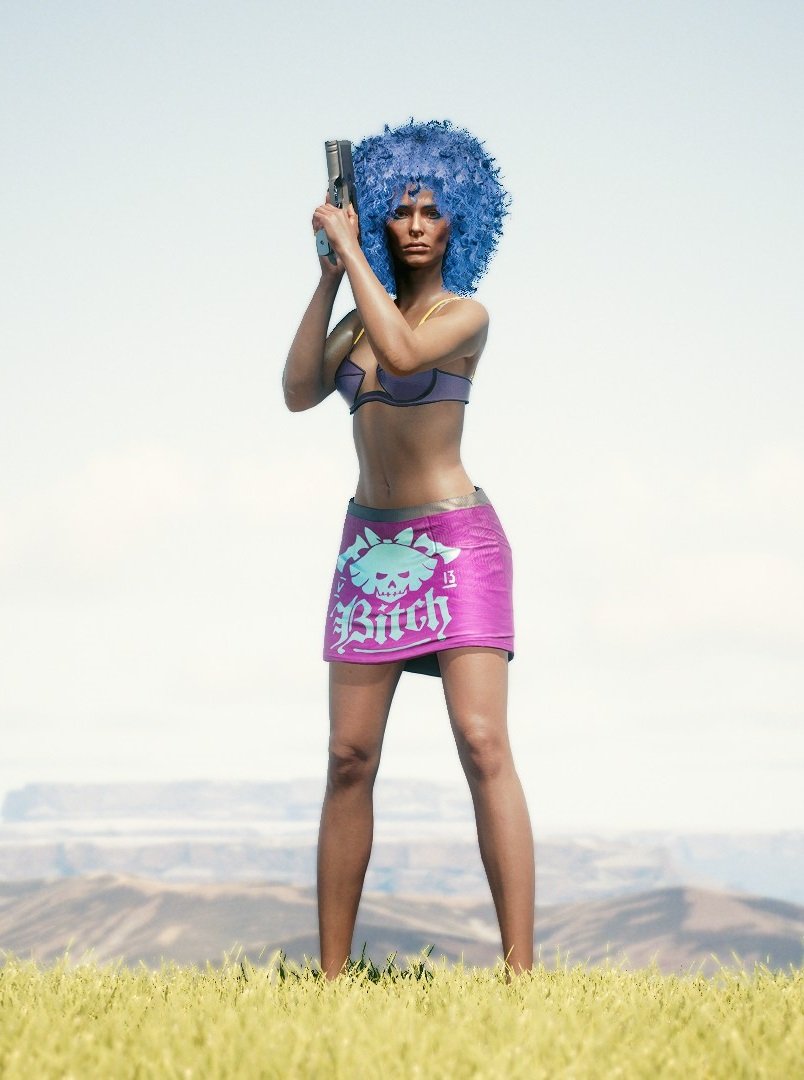 Cynn is the granddaughter of Debra and Snyper.

Cynn lives in Night City. It’s huge. Once called Los Angeles. It is the largest city in the world. There are 1.500 miles from one end of the city to the other. There are 35 million people living within the city limits, but in the entire metropolitan area live an estimated 460 million people. The city takes up the central part of California, half Nevada, part of Arizona, and a small chunk of Utah.

I have a bike. Actually I have a few. The one I like most is my Harley. A good old-fashioned MC. It’s a Harley D. Custom Vehicles Operations Limited. Purple. 2021. Pure beauty. It belonged to my granddad who travelled around the world in his days, with grandma on the back. He wrote beautiful essays and books about their travels. About the places they visited and the people they met. I read them over and over again to remind myself we were once free and hopefully we will soon be free again.

My granddad was a merc like me, but more old fashioned military kind of merc. His name was Dave and my grandma was Debra. They met on a godforsaken ice-cold mountain in Afghanistan. Grandma was a solider captured by renegade Russian mercs and brutally raped and beaten up. But grandpa and one of his friends Goldie whacked them all – they were fifteen, and took my grandma back to the US and they got married.

I tell ya’ all! They love each other! The best grandparents ever. They had a remarkable life. They also fought corrupt organisations and governments. No one else in history has put 15.000 perps behind bars!